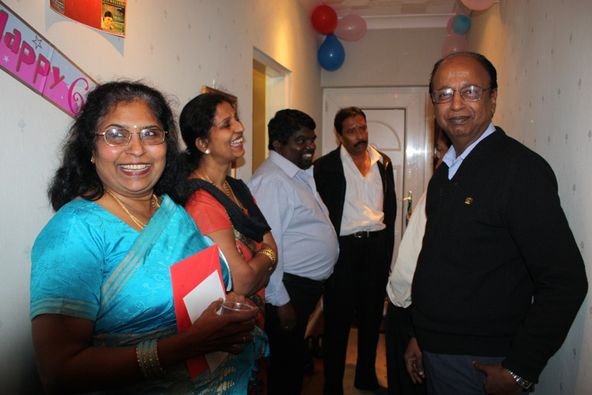 By Redley Silva and Wilfred Silva

Comrade P Rajanayagam, a stalwart in the golden era of the history of the left and the working class in Sri Lanka, fought a continuous and unrelenting struggle for the liberation of the workers and the oppressed of all races based on democracy, equality and solidarity has passed away.

We were deeply saddened to hear about the death of Comrade Rajanayagam. We express our deepest condolences to Comrade Raja’s relatives, friends and comrades in Sri Lanka, the UK and other countries at this sorrowful time. We join with you in mourning the loss of this extraordinary man who committed his life to peacefully winning and defending human rights, and civil liberties including the right of self-determination of ethnic minorities in Sri Lanka and elsewhere.

Comrade Raja was born 86 years ago in Chunnakam, Jaffna, Sri Lanka and became a political activist by joining the Lanka Sama Samaja Party (LSSP) while still being a school student and later became a trade union activist after joining the government clerical service; he played a leadership role in the Government Clerical Services Union (GCSU) working as the editor of its publication ‘The Red Tape’ and the Tamil publication ‘Nava Uthayam’.

Later, his personal and political life was determined by the history of the left movement. During this period Comrade Raja obtained a BSc degree from the University of London as an external student.  He was not only a trade union activist of the GCSU but was also elected to the Central Committee of the LSSP. Comrade Raja wrote and published a historical document titled ‘The Federal Party and the Tamil Speaking People’ an important document presented by the LSSP in their election campaign in 1960.

The year 1964 was a crucial moment in Comrade Raja’s political life; when the majority of the LSSP decided to join a ‘capitalist coalition’ government with the Sri Lanka Freedom Party comrade Rajanayagam broke away from the party together with Comrades Bala Tampoe and Edmond Samarakkody and formed the Lanka Sama Samaja Party (Revolutionary). He was a member of the Central Committee of LSSP (R) and was politically active in that party until he left Sri Lanka for England in 1973.

He always stood up in defence of workers’ rights, and human and democratic rights, especially the rights of political prisoners after the April 1971 uprising and against the emergency rule of the coalition government together with comrade Bala of the Ceylon Mercantile Union (CMU) and the Revolutionary Marxist Party (RMP) – the LSSP (R) changed its name to RMP in 1973. Comrade Raja made a special contribution to defending civil liberties, human and democratic rights during this period.

Having started working as a Solicitor in Britain, he continued to advocate for human and democratic rights and contributed to starting the Ceylon Solidarity Movement. He contributed to writing and publishing the statement ‘The Island of Terror’ based on his experiences of representing the political prisoners of the Janatha Vimukthi Peramuna (People’s Liberation Front). Since then, his house had become a shelter for leftists and other social activists coming from Sri Lanka to London. He made important contributions to various discussions, conferences and lectures and performed a special mission in taking issues of human rights violations in Sri Lanka to international forums including Geneva.

Comrade Rajanayagm was one of the main people who took the initiative to form the Standing Conference of Tamils (SCOT) against the J R Jayawardene regime’s escalation of military interventions in the northeastern regions of Sri Lanka and the violent attacks unleashed on the Tamil people across the country. He became the editor of the Tamil Times which started in 1981 and he continued to publish this magazine for 25 years in defence of the civil and political rights of the minorities and the human and democratic rights of the oppressed.

His dedication to publishing the Tamil Times for 25 years stands as a testament to the power of the media and how one person can bring about changes under any difficult circumstances. We all have the utmost respect for comrade Raja’s unrelenting determination and his commitment to democracy, empowerment of the oppressed, campaigning for equality, building solidarity among the oppressed and eradication of violence and militarism.

Comrade Raja was one of the first to articulate the link between the right to self-determination of ethnic minorities and human rights, workers’ rights and poverty. He tirelessly worked for the advancement of ideals and goals of the oppressed people in Sri Lanka and elsewhere for several decades.

We have been fortunate enough to work closely with comrade Raja on a number of occasions over the years; every time we met him we were captivated by both the force of his personality and the quality of his intellect.

His legacy will serve as an example for all of us to work for the progress of humanity.