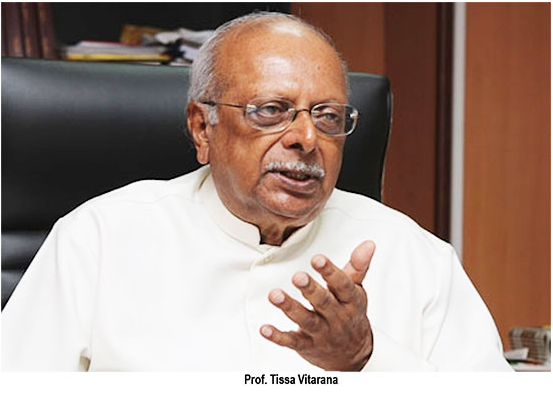 I visited the Northern Province from Feb. 25-28 starting at Pudukudiruppu in Mullaitivu, where the final stages of the battle against the LTTE was fought. About 50 people, both men and women were present for nearly two hours and their representative in the Pradeshiya Sabha, Johnson, and I made the initial speeches, lasting over one hour, followed by an interesting discussion.

The poverty and hardship of the people was heartrending. I doubt whether they had a proper daily meal. But Covid-19 was not a problem. The main health problem was hunger and starvation. Comrade Johnson had used his small grant from the Pradeshiya Sabha to provide them with some basic needs, like food and medicines. The men and women were thin and underfed.

This contrasted sharply with Jaffna that I went to soon after the meeting. It was another world, like Colombo. The people were well nourished, well dressed and there were plenty of vehicles on the road. However like Johnson our party organizer for the Jaffna District, Comrade Morgan, who was well fed but simply dressed, had a common complaint.

This was the attitude of the majority of public servants. Rather than servicing the public their focus was personal advancement of themselves and their kith and kin. The people in Jaffna made up for the resultant poverty through the financial contribution sent to them by their relatives abroad, the diaspora.

Unfortunately the poor people of Pudukudirippu had no diaspora to support them. They were at the mercy of the bureaucrats, specially in Pudukudiruppu, who also seem to have no heart. The latter situation appears to be widespread in the Northern Province, from the information that I received.

Like in the South the high cost of living is affecting the whole North and the problem of poverty, hunger and malnutrition is widespread. Unfortunately the neoliberal mind set (each for himself even at the expense of all others) is also entrenched. The need for collective action and cooperation to help each other, as much as in the South, needs to be revived in the North as well.

The Lanka Sama Samaja Party (LSSP) has to fight for this revival in the North as well as in the South. It is also unfortunate that there is a tendency among some sections in the North to blame the Government for their plight, and some politicians utilize this to their advantage, giving it a communal twist. I appeal to the Government to admit the extent of the economic crisis in the country and win the confidence of the people by having a clear cut plan of action to emerge from the crisis.

This is nothing to be ashamed of as it is a part of a global economic crisis that affects small economies like Sri Lanka, worse than better-off countries. This is what Dr.N.M. Perera did as Finance Minister during the more severe economic crisis that occurred in 1972. He won the confidence of the people by outlining a plan of action, including belt tightening, restriction of imports and dire punishment for corruption etc.

I am afraid this is lacking today. People are confused as they see that the Government is carrying on as if everything is normal and that there is no need for a period of austerity. If this continues without a clear plan for the revival of the economy and no action is taken to bring down the cost of living, an explosive situation might take place at any moment both in the South and the North and this may once again take on a racial character.

During my discussion with our party supporters and intellectuals including members of the other political parties that attended the successful final meeting at Veerasingham Hall in Jaffna, they expressed their biggest fear as being the removal of the 13th Amendment of the present Constitution, when forming the new Constitution promised by the President. In short the people in the North valued the devolution of power that resulted from the 13th Amendment and felt that both neglect of duty and the abuse of bureaucratic power could be ended only by the proper devolution of power.

The members of the head table at the final meeting at the Veerasingham Hall (eminent Prof. Balasundaram Pillai, a respected retired judge and an eminent lawyer) in their speeches emphasizing the importance of proper devolution of power. In fact they made reference to the All Party Representatives Committee (APRC) Report, which I happened to chair, as a suitable solution to the ethnic problem that should be an integral part of the forthcoming Constitution.

The learned retired judge said that he himself preferred to go further and have a federal state for the North and East. But he was prepared to see how the APRC proposals would work out before taking such a decision. It was evident to me after all the discussions I had that any move to remove the 13th Amendment would be a trigger for the rebirth of the LTTE and even a resumption of war. India is totally committed to the implementation of proper devolution and they too are bound to intervene if there are any such moves.

The other major issue affecting the ordinary people is the problem of debt. It too is widespread and because of the problem of single parent families, where the father has been killed, the women have been forced to have an added source of income, even if they have a plot of land. They have obtained loans from private micro credit sources to buy sewing machine etc. But with their low income and the high interest rates they are caught in a debt trap and are at the mercy of the creditor. It was sad to hear how many women are being forced to submit to granting sexual favors when they failed to make the payment on time.

There are some others who have started to build their own houses with the initial Rs.250,000/- from the total loan of Rs.500,000/- promised to them. But the balance Rs.250,000/- has not been given since the present Government came into office. They contrive to live in the half constructed houses get in wet in the rain and scorched by the sun. I appeal to the Government on behalf of the LSSP to ensure that all of them get the balance Rs.250,000/-, putting an end to their suffering. I was told that over 65,000 families are placed in this unfortunate situation. It was welcome news to learn that the Government has developed several tanks to supply water for agriculture. I was also informed that among the settlers the Tamil people of the area are not being given a fair share of the land.

The other problem that has become a menace is that of the large number of unemployed youth. Many of them have even lost any prospect of getting a job. They have fallen into the clutches of members of the underworld and have become drug addicts, drug traffickers and even turned to organized crime. There are reports of ladies who have lost their gold chains when they go to the markets.

Among the other issues that were raised was the fact that there were many vacancies in the Public Service which could be filled by competent Tamil officers. But they were been overlooked and non-Tamil officers were being appointed, even when they had lesser qualifications. There was also allegations of sections of the police who were not maintaining law and order as they should, basically expecting bribes.

There was also much dissatisfaction with the Government over the fact that earlier Government institutions like the Cement Corporation and many Salterns were lying idle. If they were revived they would reduce the level of unemployment.

Finally I must mention the strong opposition to the poaching of fish, specially bottom trawling, that is being practiced by Indian fishermen. They urged me to take this matter up with the Minister concerned and to get the Sri Lankan Government to take strong deterrent action against this practice.