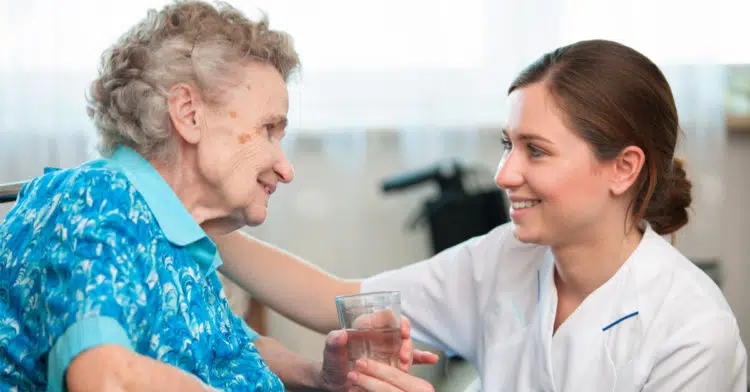 The scandal of Europe’s biggest eldercare operator highlights how a public good has been turned into a private asset class.

Imagine discovering your elderly loved ones in a care home were receiving half-portions of meals, just so a corporation could cut costs and pump up profits. This is just one of many disturbing revelations by the French journalist Victor Castanet from his three-year investigation into Europe’s largest care operator, Orpea.

Yet not only patients are paying the price. A report released last month by the Center for Investigative Corporate Tax Accountability and Research (CICTAR) exposes how Orpea has siphoned taxpayers’ money through subsidiary companies in Luxembourg, a renowned tax haven, to fuel an expansive property empire. Meanwhile, workers at Orpea’s facilities across the continent have raised the alarm over the company’s appalling record on workers’ rights, understaffing and safety.

Care-industry lobbyists will claim that these are isolated incidents—while doing all they can to water down any meaningful regulatory reform—and that governments are not paying private providers enough. But as the leader of Public Services International, the global union federation for public-service workers, I’ve heard more than enough horror stories to know that Orpea is not an exception: these practices are all too common.

Across the world, public funding is extracted from our care systems and diverted into offshore bank accounts or transformed into massive dividends—while patients suffer and workers are left exhausted, under-resourced and unable to do their jobs properly. Pumping more money into this broken system won’t solve the problem. Revaluing care as a public good will.

Orpea’s growth has not been fuelled by high-quality services. Castanet’s book, The Gravediggers, published in January, claims the company exploited political connections to a former French minister of health, which helped enable prioritised authorisation for its care homes. Castanet says he was offered €15 million to halt his investigation. (He refused.)

Orpea’s current chief executive has described several of Castanet’s claims as ‘baseless’. He was however installed after his predecessor was removed in the wake of the revelations, which the French prime minister, Jean Castex, said were ‘extremely serious’.

Many of these trends are unfolding elsewhere, including in the United Kingdom. Take the Canadian care corporation Revera, which set up a labyrinth of shell companies in Jersey, Guernsey and Luxembourg while many of its operating companies paid no taxes. Or HC-ONE, principally owned by a Saudi private-equity investor, which sought millions in pandemic funding but again used a maze of companies—several based in the Cayman Islands, another tax haven—to channel profits.

The elites of the world are finding ever new ways to turn a profit from misery—and extract wealth from the public purse.

CICTAR reports have also shown that even not-for-profit providers in Australia have been forced to internalise commercial practices if they want to compete—demonstrating how private provision is the systemic source of the problem. These revelations spurred a royal commission, which recommended recognition of a right to care, with better wages and conditions for workers and robust staff-resident ratios.

Covid-19 didn’t cause the care crisis. For decades, governments have relentlessly pursued a private-sector approach to care, which has catastrophically failed—as politicians across the political spectrum are finally admitting. The reforms now being considered must prioritise a transition to publicly-funded and publicly-delivered eldercare.

Most importantly, regardless of the buildings or facilities, care is a social job, which rests on the shoulders of workers. Improving the quality of care means more staff, so workers are not overstretched. It means ending precarious contracts, so staff can focus on their job without the added stress of not knowing if they will be able to pay the rent. And it means the protection of union membership, so workers can report problems and win improved conditions, without fear of retribution from employers or even losing their jobs.

This International Women’s Day, I am telling world leaders at the United Nations how such changes are vital in shifting to a care-led economy. They would have a huge impact on the lives of this predominantly female workforce, reducing women’s unpaid and underpaid labour.

These workers have toiled long and hard through intolerable conditions. They don’t want to be forced to make choices about whether to feed one resident or change the incontinence pad of another. Indeed, they don’t want more hollow applause or to be called heroes. They want change and they want it now.

These should be good jobs and rewarding occupations. This year we are launching a global Care Manifesto, outlining the urgent changes needed to prevent more disturbing scandals and end this crisis for good.

It’s time to rebuild the social organisation of care and revalue care work. Profiteering can have no place in this sector. Care for our loved ones must no longer be the source of an asset class.

Rosa Pavanelli is general secretary of Public Services International (PSI) and chair of the Council of Global Unions.