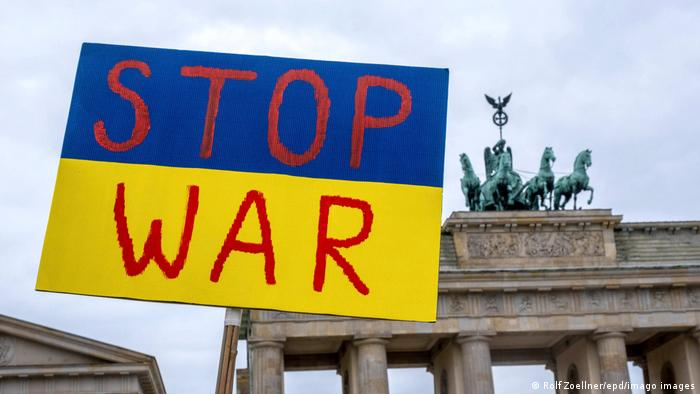 No to NATO! For a Global Anti-War Movement!

Russian troops have invaded Ukraine and are advancing towards its capital, Kyiv. Already almost 200 people including children and civilians are among the dead, and 1,115 injured. Russian president Putin claims that this war is to protect Russian speakers in the breakaway satellite ‘republics’ of Eastern Ukraine; and to remove the right-wing, pro-western, Ukrainian government whom he describes as “drug addicts and Neo-Nazis”. These are lies to justify the unjustifiable: an unnecessary and senseless war.

It is true that the imperialist North Atlantic Treaty Organisation’s (NATO) eastward expansion, including encouragement of Ukraine’s interest in membership, provoked Moscow. There is no reason for NATO’s existence since the end of the Cold War and the dissolution of the Warsaw Pact in 1991. It should be dismantled.  No NATO or foreign military should enter Ukraine. Down with imperialism, in all its manifestations: political, economic, and military.

However, let us be in no doubt as to what is happening now. An independent state has been invaded and occupied by the most powerful country in the region. This is not a conflict between the Russian people and the Ukrainian people. The right to self-determination of the people of the modern state of Ukraine is being violated.

The weak statement by the Sri Lankan Foreign Affairs Ministry is not surprising. Russia has long been a supporter of the authoritarian and racist Rajapaksa’s. As the Government of Sri Lanka needs Russia’s diplomatic support in international forums where its own war crimes are highlighted, this is no surprise. Putin and his ‘Greater Russian’ chauvinism has long been a model for right-wing Sinhala nationalism. However, Ukraine has close ties with Sri Lanka too. For many decades Sri Lankans have studied in its universities. Ukraine is a major buyer of its main agricultural export, tea; and it is the third largest source of tourists to Sri Lanka.

The Socialist People’s Forum of Sri Lanka demands an immediate end to the violence, bloodshed, and suffering. Russia must pull back its troops into its own territory. We salute the anti-war demonstrations and heroic acts of protest by the Russian people, under the authoritarian and murderous rule of Putin.

We call on working people, trade unions and other organisations, and the Left, to organise protests against this war around the world; and to build a global movement against wars everywhere: from Afghanistan, Kashmir and Ethiopia, to Palestine and Yemen. Stop all Wars Now!

Russia must recall at this moment the bitter lessons learned from the USSR’s invasion and occupation of Afghanistan in the 1970s, which only strengthened the reactionary forces of Islamic fundamentalism. Likewise, Russia’s current invasion will only make stronger the far-right in Ukraine. Russia out of Ukraine! Solidarity with the people of Ukraine!