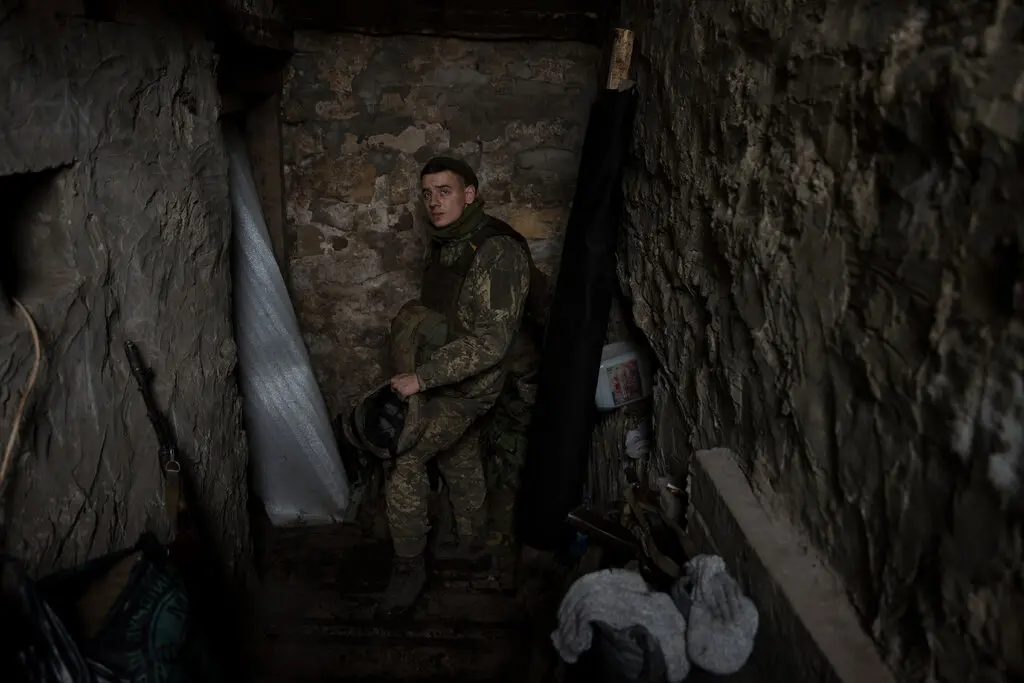 Here’s a guide to the causes behind a conflict that has just become a major military clash, and what’s at stake for Russia, the U.S. and NATO.

It felt in recent weeks like a scene from the Cold War, a perilous episode from a bygone era. An unpredictable Russian leader was amassing troops and tanks on a neighbor’s border. There was fear of a bloody East-West conflagration.

Then the Cold War turned hot: Vladimir Putin has sent his forces over the border into Ukraine, with repercussions that were immediate and far-reaching.

In the days ahead of the invasion, even as Russian forces reached an estimated strength of 190,000 and they formed a pincer around Ukrainian territory, and even as the United States warned in increasingly dire tones that a military strike appeared inevitable, there was hope. Volodymyr Zelensky, Ukraine’s president, kept up his message of optimism. Mr. Putin was claiming that he was open to diplomacy, and European leaders were working desperately to persuade the Kremlin to stand down.

Then just before 6 a.m. Thursday, the Russian president, addressing his nation, declared the start of a “special military operation” in Ukraine. The goal, he said, was to “demilitarize” but not occupy the country.

Mere minutes later, large explosions were visible near Kharkiv, Ukraine’s second-largest city, and blasts were reported in Kyiv, the capital, as well as other parts of the country. And soon, Ukraine’s Interior Ministry reported that Russian troops had landed in Odessa and were crossing the border.Maps: Tracking the Russian Invasion of UkraineRussian forces entered Kyiv on Friday, hammering the Ukrainian capital with missile strikes and pressing closer to the heart of the government.

The invasion threatens to destabilize the already volatile post-Soviet region, with serious consequences for the security structure that has governed Europe since the 1990s. Mr. Putin has long lamented the loss of Ukraine and other republics when the Soviet Union broke apart, but diminishing NATO, the military alliance that helped keep the Soviets in check, may be his real mission.

Before invading, Russia made a list of far-reaching demands to reshape that structure — positions NATO and the United States rejected.

Here is a look at how the world got here.

What’s behind the Ukraine crisis?

After the Soviet Union collapsed, NATO expanded eastward, eventually taking in most of the European nations that had been in the Communist sphere. The Baltic republics of Lithuania, Latvia and Estonia, once parts of the Soviet Union, joined NATO, as did Poland, Romania and others.

As a result, NATO moved hundreds of miles closer to Moscow, directly bordering Russia. And in 2008, it stated that it planned — some day — to enroll Ukraine, though that is still seen as a far-off prospect.

Mr. Putin has described the Soviet disintegration as a catastrophe that robbed Russia of its rightful place among the world’s great powers and put it at the mercy of a predatory West. He has spent his 22 years in power rebuilding Russia’s military and reasserting its geopolitical clout.

The Russian president calls NATO’s expansion menacing, and the prospect of Ukraine joining it a major threat to his country. As Russia has grown more assertive and stronger militarily, his complaints about NATO have grown more strident. He has repeatedly invoked the specter of American ballistic missiles and combat forces in Ukraine, though U.S., Ukrainian and NATO officials insist there are none.

Mr. Putin has also insisted that Ukraine and Belarus are fundamentally parts of Russia, culturally and historically. He holds considerable sway over Belarus, and talks about some form of reunification with Russia have gone on for years.

But East-West relations worsened drastically in early 2014, when mass protests in Ukraine forced out a president closely allied with Mr. Putin. Russia swiftly invaded and annexed Crimea, part of Ukraine. Moscow also fomented a separatist rebellion that took control of part of the Donbas region of Ukraine, in a war that still grinds on, having killed more than 13,000 people.

What does Putin want?

Keeping Handball Alive at Flamingo ParkWhy Do I Wake Up With a Headache?Foo Fighters Made a Horror Film. Because Why Not?Continue reading the main story

Mr. Putin appears intent on winding back the clock more than 30 years, establishing a broad, Russian-dominated security zone resembling the power Moscow wielded in Soviet days. Now 69 years old and possibly edging toward the twilight of his political career, he clearly wants to draw Ukraine, a nation of 44 million people, back into Russia’s orbit.

Russia presented NATO and the United States in December with a set of written demands that it said were needed to ensure its security. Foremost among them are a guarantee that Ukraine would never join NATO, that NATO draw down its forces in the Eastern European countries that have already joined, and that the 2015 cease-fire in Ukraine be implemented — though Moscow and Kyiv disagree sharply on what that would mean.

The West dismissed the main demands out of hand, while making overtures on other concerns, and threatening sanctions. Moscow’s aggressive posture has also inflamed Ukrainian nationalism, with citizen militias preparing for a drawn-out guerrilla campaign in the event of a Russian occupation.

Mr. Putin’s timing could also be related to the transition from President Donald J. Trump, who was notably friendly to him and disparaging of NATO, to President Biden, who is committed to the alliance and distrustful of the Kremlin.

He may also want to energize nationalists at home by focusing on an external threat, as he has in the past. Mr. Putin has crushed domestic challenges to his authority, but last year, with the economy stumbling and the pandemic raging, opposition groups held some of the largest anti-Putin protests in years.

How does the United States plan to respond?

In early December, President Biden made clear that his administration was not considering sending troops to fight for Ukraine since, among other reasons, Ukraine is not a member of the NATO alliance and does not come under its commitment to collective defense.

Instead, the United States has sent anti-tank and antiaircraft weapons to Ukraine, increased the American military presence in NATO countries that border Russia, and put 8,500 troops on high alert for deployment to Eastern Europe. Administration officials also warned that the United States could throw its weight behind a Ukrainian insurgency, should Russia invade Ukraine.

But the real cudgel is financial.

Before the invasion, Mr. Biden threatened Mr. Putin with “economic consequences like none he’s ever seen.” Afterward, he began to put them in place.

What is at the root of this invasion? Russia considers Ukraine within its natural sphere of influence, and it has grown unnerved at Ukraine’s closeness with the West and the prospect that the country might join NATO or the European Union. While Ukraine is part of neither, it receives financial and military aid from the United States and Europe.

Are these tensions just starting now? Antagonism between the two nations has been simmering since 2014, when the Russian military crossed into Ukrainian territory, after an uprising in Ukraine replaced their Russia-friendly president with a pro-Western government. Then, Russia annexed Crimea and inspired a separatist movement in the east. A cease-fire was negotiated in 2015, but fighting has continued.

How did this invasion unfold? After amassing a military presence near the Ukrainian border for months, on Feb. 21, President Vladimir V. Putin of Russia signed decrees recognizing two pro-Russian breakaway regions in eastern Ukraine. On Feb. 23, he declared the start of a “special military operation” in Ukraine. Several attacks on cities around the country have since unfolded.

What has Mr. Putin said about the attacks? Mr. Putin said he was acting after receiving a plea for assistance from the leaders of the Russian-backed separatist territories of Donetsk and Luhansk, citing the false accusation that Ukrainian forces had been carrying out ethnic cleansing there and arguing that the very idea of Ukrainian statehood was a fiction.

How has Ukraine responded? On Feb. 23, Ukraine declared a 30-day state of emergency as cyberattacks knocked out government institutions. Following the beginning of the attacks, Volodymyr Zelensky, Ukraine’s president, declared martial law. The foreign minister called the attacks “a full-scale invasion” and called on the world to “stop Putin.”

How has the rest of the world reacted? The United States, the European Union and others have condemned Russia’s aggression and begun issuing economic sanctions against Russia. Germany announced on Feb. 23 that it would halt certification of a gas pipeline linking it with Russia. China refused to call the attack an “invasion,” but did call for dialogue.

How could this affect the economy? Russia controls vast global resources — natural gas, oil, wheat, palladium and nickel in particular — so the conflict could have far-reaching consequences, prompting spikes in energy and food prices and spooking investors. Global banks are also bracing for the effects of sanctions.

On Tuesday, Mr. Biden imposed penalties on two Russian banks and several members of the Russian elite, and prohibited Russia from trading debt in American or European markets. The next day, the administration issued sanctions against the company behind an energy pipeline connecting Russia to Germany.

On Thursday, Mr. Biden said the United States would cut off Russia’s largest banks and largest companies from the western financial markets and would restrict exports of technology to Russia. That, he said, would vastly degrade the country’s ability to thrive in the weeks, months and years ahead.

Mr. Biden also said the United States was freezing trillions of dollars in Russian assets, including the funds controlled by Russian elites and their families, making them pay for what the American president called “a premeditated attack” against a free nation in Europe.

In that same speech, the president said he had authorized sending additional troops to Eastern European countries in the NATO alliance. He said the troops would help defend NATO allies if Russia moved further west.

The administration is also likely to try to freeze personal assets that Mr. Putin and his allies hold overseas, officials say, and it could institute sanctions that could deprive Russians of their beloved next-generation phones, laptops and other gadgets, and the military of advanced equipment.

What’s at stake for Europe?

At stake for Europe is the security structure that has helped keep the peace on the continent since World War II. With Europeans divided over how to respond to various forms of Russian aggression, the conflict has also laid bare the fractures within the European Union and NATO.

Europe also has important trade ties with Russia, and stands to lose far more than the United States from sanctions. It is also dependent on Russian gas supplies, a weakness that Mr. Putin has exploited in past disputes.

Europe lost an invaluable negotiator with Moscow after the departure of Chancellor Angela Merkel, who grew up in the east, speaks fluent Russian, and had developed a good working relationship with the Russian president. Her successor, Olaf Scholz, has tried to take on a leadership role in the crisis that escalated soon after his election, halting certification of the Nord Stream 2 natural gas pipeline that would link his country with Russia — one of the strongest moves yet by the West to punish the Kremlin.