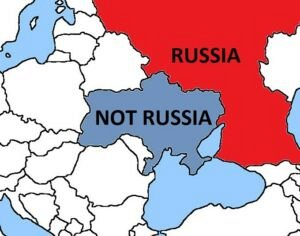 In 2021 we continued supporting our core partners in Philippines, Bangladesh, Indonesia and Pakistan, as well as new contacts in Myanmar (Burma). We collected more funds than ever, but solidarity is still urgently needed.

Statement (USA): Support Ukraine! Russia Get out! No U.S. or NATO War! Down with Putin!

By Socialists in the United States

Earlier today Vladimir Putin ordered an invasion of Ukraine, an act of naked aggression in violation of every democratic norm. Russia has launched cyberattacks and its planes, missiles, and artillery have bombed targets in many Ukrainian cities, as its troops have invaded the country from the North, East, and South. Already there have been many deaths and great damage to the country’s infrastructure.
Russia’s invasion is an act of blatant imperialism aimed at dismembering Ukraine by taking (…)- Ukraine / Russia, NATO

Ukraine: A letter to the Western Left from Kyiv – The ‘anti-imperialism of idiots’ meant people turned a blind eye to Russia’s actions

We [Ukraine Solidarity Campaign] republish below an important open letter from Taras Bilous a leading activist of the Ukrainian democtratic socialist organisation Social Movement, republished from Open Democracy.
I am writing these lines in Kyiv while it is under artillery attack.
Until the last minute, I had hoped that Russian troops wouldn’t launch a full-scale invasion. Now, I can only thank those who leaked the information to the US intelligence services.
Yesterday, I spent half the (…)- Ukraine / Left forces, Campism vs Internationalism, DSA (USA), Syria, United Nations, NATO, 2014, ZELENSKIY Volodymyr

How do Russians interpret the invasion of Ukraine?

In the wake of the Russian invasion of Ukraine, New Left Review spoke with Ilya Budraitskis about the political context of the attack, Putin’s military and political goals in the short and long term, and the response so far from the Russian citizenry. Why were so many on the Left surprised by the extent of the military action, and, finally, how might we express solidarity right now?
What is the situation at this point? How extensive is the damage?
It is very difficult to judge, as reports (…)- Russia / Ukraine (eng), Solidarity (role of)

The Kremlin has ordered the Russian army to the Ukrainian borders and is threatening to intervene if the US, NATO, and Ukraine do not fulfill its demands. We, the Ukrainian socialists, call on the international left to condemn the imperialist policies of the Russian government and to show solidarity with people who have suffered from the war that has lasted almost eight years and who may suffer from a new one. In this address, “Social Movement” exposes the phenomenon of the revival of Russian (…)- Ukraine / Solidarity (role of)

On February 24, 2022, Russian military invaded Ukraine. International Relations will not be the same again. As Russian military targets the entire territory of Ukraine, its political objective remains ill-defined.
What is the political aim of the Russian invasion of Ukraine? The long military preparations, and the magnitude of the operations make it clear that Russian objectives are not limited to the two breakaway republics of Donetsk and Luhansk. To understand what Russia plans to (…)- Ukraine / NATO

Volodymyr Ishchenko: “I feel that the Ukraine of my birth is lost forever”

Many people from all over the world are starting to follow me [on social media]. There won’t be any hot news reporting or hot takes on the military developments here. Personally, I am devastated and can’t concentrate on anything but the news. I feel that the country I was born in is lost forever.
It feels like the continuation of the same process since November 2013, since the crackdown of the riot police on the Euromaidan protesters. The growing conviction that now it can develop only from (…)- Ukraine

Police make more than 1,700 arrests as protesters take to the streets in cities across country
Vladimir Putin has said there is broad public support for the invasion of Ukraine that he announced just before dawn on Thursday morning. But by evening, thousands of people in cities across Russia had defied police threats to take to central squares and protest against the military campaign.
Police had made at least 1,702 arrest in 53 Russian cities as of Thursday evening, according to the (…)- Russia / Solidarity (role of), Ukraine (eng)

Hours after Russian President Vladimir Putin ordered a full-scale military invasion of Ukraine, antiwar protests broke out across Russia.
In the center of Moscow, “dozens” of protesters were arrested, one Russian newspaper reported. Andrew Roth, a journalist for the Guardian, saw one protester, who had held up a sign reading “Fuck war,” being immediately detained:
“Fuck war” pic.twitter.com/wCu5ncwFjR— Andrew Roth (@Andrew__Roth) February 24, 2022
In St. Petersburg, Putin’s hometown, a reporter (…)- Russia / Solidarity (role of)

“Russia Without Putin: Money, Power and the Myths of the New Cold War” — podcast conversation with Tony Wood

Russia intervened in US politics, and Trump is a criminal who committed obstruction of justice and is surrounded by constant criminality. This situation and the hawkish liberal response to it have dangerously damaged US-Russia relations. At the core of Western misunderstanding is the way we think about Vladimir Putin, which is what Dan is discussing here with Tony Wood, the author of Russia Without Putin: Money, Power and the Myths of the New Cold War.
Daniel Denvir
Tony Wood
Click here (…)- Russia / Podcast (En)

Ukraine: From the USSR to Euromaidan to the Russian Invasion

The chain of events that led to today’s current crisis in Ukraine is connected to the 2014 Euromaidan protests. The year prior, Ukrainian President Viktor Yanukovych rejected a pending free trade agreement with the EU, choosing instead to pursue closer relations with Russia. This sparked protests and occupation of Kyiv’s Independence Square that spread to Ukraine’s other western provinces. In the more pro-Russian eastern parts of Ukraine, the Euromaidan protests sparked counter protests. The (…)- Ukraine / USSR (Eng), Russia, Maidan, Anticommunism, Far Right / Extreme Right

Ukraine: Stop Pretending the Left Is on Putin’s Side

Vladimir Putin’s invasion of Ukraine is based on obviously reactionary pretexts. The Left has nothing to do with his agenda — and should make no apologies for opposing a US military response.
Russia’s invasion of Ukraine is sickening. Vladimir Putin had this Monday claimed that the “Kiev regime” refused any resolution of the conflict in the Donbas except through “military means.” The Russian president now claims to resolve it with far more bloodshed, already spreading beyond the Donbas region and (…)- Ukraine / Solidarity (role of), Russia, NATO

Yes, Russia should pull out — but Nato’s warlike manoeuvres must end too

By The Morning Star

THE STOP THE WAR COALITION is right to call for Russia to withdraw its troops to its own territory and for the resumption of diplomatic negotiations to resolve the crisis.
Boris Johnson has stirred himself to chair a meeting of the Cabinet’s Cobra committee, something the Covid crisis failed to provoke in him.
In distinction to the front-bench Johnson-and-Starmer consensus on confrontation, the British working class and labour movement must counteract the provocative stance of our (…)- Ukraine / Solidarity (role of), Great Britain (GB)

Russia’s invasion of Ukraine has begun. It seems obvious that its ambition goes beyond simply supporting the authoritarian statelets in Donetsk and Luhansk, under the almost witty rubric of ‘humanitarian intervention’. The bulk of its forces concentrated on Ukraine’s border are aimed at cities like Odessa and Kiev. Explosions are reported in Kiev, which suggests Russian military operations there. Putin has been warning for some time that he will not tolerate Ukraine drifting into the orbit of (…)- Ukraine / Geopolitics, NATO

Ukraine: No messing around with nation states

Republished from Karmina.sk: A war is coming. We will gladly leave questions of international law, this utopian discipline, to the experts. Reasoning which proceeds from the supposed natural claims of powers to buffer zones or a Lebensraum is just as alien to us. Such “realism” is inherently conservative, it affirms the existing order and excludes from the outset any prospects of its overcoming.
After the recognition of the so-called people’s republics – including territories currently under (…)- Ukraine / Solidarity (role of), Slovakia

Ukraine: No to War. For a Transnational Politics of Peace

Russian large-scale attack over Ukraine brings war among us.
In these weeks we saw the escalation of tensions between world powers under the astonished eyes of those who are struggling to recover their lives from two years of pandemic. We have seen relatives and friends die for Covid and suffer for something that has changed lives for all. When we hoped the pandemic sorrow was about to be over, another war reminds us of the urgent need to collectively fight for a different politics. (…)- Ukraine

Ukraine suffered a direct attack of Russian imperialism. Volodymyr Putin ordered to violate the border of Ukraine and launch missile strikes on cities. The most important thing is about 10 civilians were killed in Odes region and Donbass. A civilian in the center of Ukraine was also killed from the shelling (city of Umanʹ Cherkasy region). Russian soldiers, aviation and armored technician attack Ukrainian forces in all border regions (Kharkiv, Chernihiv, Volyn region), and missiles fire (…)- Ukraine / Russia, Solidarity (role of)