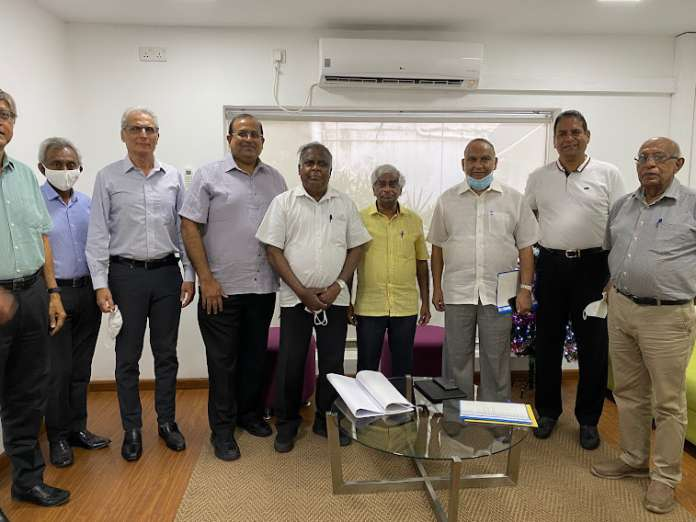 MOUs such as the above, despite having little ability to override existing labour laws could have still been an opening for industry wide consensus between Employers in the Garment Sector and Trade Unions. However the CMU and the UFL refrained from signing this MOU with JAAF both on the grounds of process and content. The MOU was completed through an exclusionary and biased process that has negative consequences for trade union movement building, especially under women’s leadership, in an industrial sector that primarily employs women workers. It was inexplicably rushed in a way that compromised trade union unity and gave the appearance of helping a major JAAF member – Brandix Lanka – to save face when it was being investigated for labour violations by a potential donor, the International Finance Corporation (IFC). Due to the exceedingly flawed process, the content fails to adhere to the framework laid down by trade unions, to form the basis for the MOU.

In the below paragraphs, we explain how process was violated by the signatory trade unions as a result of which the content too stands compromised.

1)     Abandoning the Framework/ Principles as decided by Trade Unions: During the initial phase of the discussions, a “Principles” document was shared and agreed upon by unions outlining the principles for negotiating this MOU. However crucial elements were quickly abandoned by the signatory unions in an inexplicable hurry to sign something with JAAF. These elements include:

○       Brands, should be parties in the negotiations. This is very important in the context of brands’ role as drivers of garment global supply chains.Yet, brands played no role in negotiations.

○       The MOU should address the challenges of the pandemic. Since wage theft was the most important challenge during the pandemic, the MOU’s total silence on wages violates this element.

○       It acknowledged that the process for arriving at the MOU “will not be easy or quick,”and that the parties, including trade unions, must remain firm and sincere to their commitment to bring historic change in the Sri Lankan garment industry. Yet the signatories inexplicably rushed to sign an MOU to which other unions had raised serious objections.

2)     Disregard for inputs from undersigned unions: In the initial period of negotiation the UFL, which were part of the formal negotiations, gave extensive written and oral inputs to the draft documents. These suggestions were seconded by the CMU. However, the signatory unions summarily disregarded this feedback.

3)     Disregard for women-led unions: Since women-led unions were not part of the formal negotiating committee, the UFL requested that such unions be included. One of the women-led trade unions, TGCWU, wrote formally requesting for inclusion. Both requests were denied by the signatory unions.

4)     Lack of transparency in negotiations: Once the UFL raised above issues which was endorsed by the CMU the signatory unions continued negotiations with JAAF without holding transparent meetings that included other unions.

1)     While the MOU recognizes Freedom of Association (FOA), which is already a right recognized by the Sri Lankan Constitution, its weak formulation gives cover to employers.

JAAF and its members use the mechanism of Employee Council – which is strongly criticized by trade unions – as a fig leaf to show they allow Freedom of Association.Dissenting trade unions in this negotiation process pressed for more specific language, under the FOA clause, to deny employers this familiar fig leaf. This input was disregarded and leaves open the interpretation of FOA under employers’ terms.

2)     As per the MOU, the bipartite health committees are to be formed under the guidelines for Employee Councils given by the Board of Investment (BOI); and if there is an “established” trade union in the factory that trade union can nominate its members.

Such a formulation is deceptive. It gives the impression of trade union inclusion but any one familiar with Sri Lankan laws and practices will see through this  deception. Sri Lankan labour law has a clause that employers cannot refuse to bargain with a trade union that has 40% membership in a workplace.Given that trade unions have not been historically allowed to organize workers in FTZs and unionization rates are extremely low, it is almost impossible for a trade union to show a 40% membership in a factory. Employers like JAAF members routinely use this clause to deny recognition to trade unions. And even on instances where Trade Unions have showed a 40% membership Companies operating in the FTZs have refused to recognise the Union.

Further the concept of Employees Councils has been used by Companies to undermine Unions and deny Trade Union presence in the Factories. This MOU further entrenches Employees Councils in to the factory system, co-opting the signatory Trade Unions to agree to the Employee Council structure deceptively introduced as a ‘Bi partite Health Committee’ through this MOU.

3)     The MOU is silent on the most pressing issue and widespread violation faced by garment workers during the Covid-19 pandemic, that is wage theft and non-payment of related benefits.

A separate Statement of Interest that deals with “lost wages”, instead, resorts to a vague commitment to further “understand” and “discuss” the ways to address the issue. This neither holds brands, suppliers, or even the signatory (JAAF) liable for wage theft, nor specifies a detailed roadmap for implementation. This is despite the fact that the initial drafts of the MOU included pathways to address wage theft during the pandemic.

4)     The MOU does not include brands as signatories, and therefore, is not binding on the true employers of garment workers, who are responsible for wages and working conditions in the Sri Lankan garment industry.

Multiple studies on garment supply chains have shown that brands exercise considerable power over suppliers and workers through their purchasing practices that tend to be predatory in nature. This dynamic is taken into account in agreements such as the Bangladesh Accord and the Freedom of Association Protocol in Indonesia. The pandemic has also shown us how brands’ irresponsible business practices led to massive wage theft and job losses for millions of workers, including in Sri Lanka. This MOU however, does not place any form of responsibility on brands, for safeguarding workers’ rights in the factories that produce for them.

The CMU and the UFL are committed to a united labour movement that works with each other in a mutually respectful and honest manner, that respects women’s leadership, and that is committed to genuine progress of workers’ interests. This negotiation process has been non-inclusive, non-transparent and gender-insensitive and hasseriously compromised what could have been a genuine and important MOU, based on strong principles.

As the CMU and the UFL were made aware that allies of the labour movement have taken note of this MOU on global platforms, we wanted to share our collective dissenting opinion. Advocates of workers’ rights must recognize that broad solidarity across the labor movement along with democratic processes are critical to negotiating agreements that create safer and more dignified workplaces.

We are hopeful that this letter can initiate discussions within the trade union movement, so that we can work together to build power for working people and advance economic justice in Sri Lanka. We will continue our work to hold employers and brands accountable, including Brandix Lanka who benefitted from the fact that this MOU was signed when they were under investigation for labour violations by their international donor.