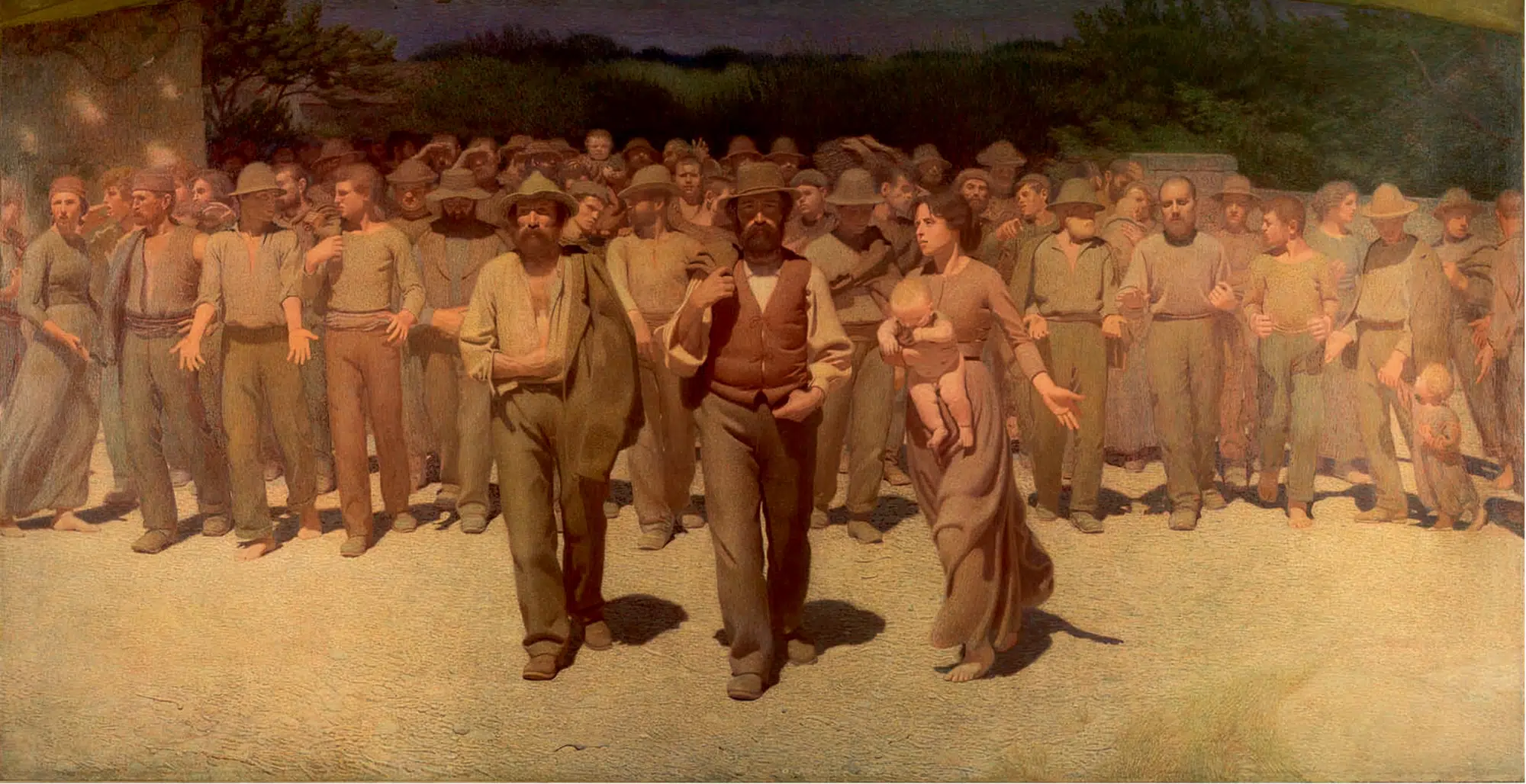 Left-wing and progressive parties continue to win elections. Only rarely, it’s true, with strategic majorities, as for the socialists recently in Portugal. But there have been surprising successes, such as that of the SPD in Germany, and clear victories, such as that of Joe Biden over Donald Trump in the United States. Elsewhere, as across Scandinavia, they remain in office.

Yet today left-wing parties are almost never carried to power or sustained by a progressive Zeitgeist. There is no left-wing hegemony, as Antonio Gramsci would have called it. Mostly there is not even a mood of ‘modernisation’—a basic feeling society will improve over time. What prevails rather is a sense of standstill and stagnation.

Certainly, progressive parties promise necessary legislative improvements, here and there—on the minimum wage, on welfare-state rules, on taxes on global corporations or in support of diversity—but rarely does that add up to a spirit of reform and moving forward. Indeed often progressive electoral victories are the product of a defensive drive to prevent the worst, such as that the authoritarian aspirations of hard-line reactionaries would be realised.

Now, it is rarely parties that create a Zeitgeist. It is art and culture, social discourse, the system of media (and critics of this system). It is change in everyday culture, as also in the sphere of ideas. Much of it happens ‘somehow’, as if the product of unseen vectors in a parallelogram of forces, while some is the result of conscious intellectual efforts that drag on for years. It is even hard to define a Zeitgeist: it is a new political climate, which may be the result of interacting weather patterns.

And of course, a Zeitgeist cannot be magically invoked. Nevertheless, left-wing movements can inspire it, through alliances with the arts, through cultural work, through influencing the world of ideas. Indeed, where they have been sustainably successful left-wing parties were not only workers’ movements but also cultural movements. For more than a century, that was treated as a matter of course.

The early workers’ movements not only campaigned for higher wages and more workers’ rights but also founded workers’ educational associations. They were part of the democratic upheaval but they were also closely linked in personnel to the artistic bohemia and avant-garde of their time.

The critique of capitalism, as practised by the Marxists, was connected to anti-bourgeois aesthetics in the arts. Think of the poet Charles Baudelaire or novelist Gustave Flaubert, who was certainly no leftist but criticised the conservative bourgeoisie and the dumbness of conventialism with a spitefulness few could match. Or take the great social panoramas of Honoré de Balzac and 19th-century realism in general, from whom Karl Marx and Friedrich Engels learned so much for their grand theory. Heinrich Heine was both a man of letters and a leftist campaigner.

Nor would the revolutionary-reformist achievements of ‘red Vienna’ have been possible without the intellectual and cultural foundations laid by the intellectual and cultural movements of the fin-de-siècle city, from Sigmund Freud to the critic Hermann Bahr to the architect Adolf Loos or the composer Gustav Mahler. Mahler, the great modernist, even campaigned for his close friend, the legendary leader of the Austrian socialists, Victor Adler (although at the time Mahler was a direct employee of the emperor!).

The advanced, radical arts were filled with a passion for the new and disdain for the old, creating revolutions in style and new ways of seeing. They created new languages—metaphorical and literal—and undermined the conservative tastes of their day in anticipation of a richer tomorrow.

One revolution chased the other, from the Impressionists to the Fauves to Picasso and the Cubists and then Constructivism and outright abstraction. But the arts also had an impact, quite direct, on everyday life: the aesthetics of clear geometric forms influenced architecture, the Bauhaus movement and communal social housing, as in Red Vienna.

For long stretches of history, individualism with its paradigm of creativity was closely connected with the socialists’ ideal of equality and the demand for freedom. The basic tenet was that everyone should have the same chance to develop their talents and shape their lives, according to their preferences.

The writer Oscar Wilde comprehended this perfectly in his essay ‘The Soul of Man under Socialism’. Criticism of dead convention and conformism, as well as of the alienated experiences of modern life, was always deeply rooted in leftist cultural history. ‘Life’ itself was a keyword—the pursuit of a richer, more fulfilling, ‘non-alienated’ life.

Through his plays Bertolt Brecht sought to political effect, representing reality in a way that made clear it could be changed. The dusty past had to be cleared up, Brecht contended: one needed the ‘tabula rasa’, the great ‘beginner’s feeling’. And until the 1960s and 70s, progressive cultural and protest movements, style revolutions in the avant-garde arts and left-wing politics were magnetic fields which together shaped a Zeitgeist.

In the background, a kind of anthropological optimism was at work—the assumption that tomorrow would be freer, better, fairer, more interesting than today. Most Dadaists and Expressionists moved significantly to the left, and Roosevelt later secured the support of the avant-gardists, just as Willy Brandt and Bruno Kreisky were to do in the 60s and 70s. Even pop and rock culture, even punk, contained ideas about a way of life which harmonised well with leftist proposals for its reform.

That close connection between left-wing politics and radical art has not disappeared, but it has loosened as some fundamentals have changed. Politics has lost the utopian surfeit which the rapport with art, culture and radical ideas provided. Political art, in turn, has resorted to counteracting or ‘disturbing’ the dominant discourses at best, with no deep confidence in its efficacy. Artistic language and articulation seem good at deconstructing dominant ways of speaking but bad at winning hegemony.

Often, and by no means unjustifiably, contemporary art sketches a potentially dystopian future of environmental destruction or a ‘post-humanism’—the rule of automata, robots and algorithms over life. But such rampant pessimism, of course, can easily become self-fullfilling. And just because a progressive Zeitgeist cannot be (re)produced voluntaristically does not mean it is impossible to realise.

In the arts world we have had debates about ‘relevance’ for years but they rarely get beyond the bubble. We need revolutionary art again—new stylistic idioms but also radical new ways to interact with a broadly participating audience. Left-wing political parties and movements depend on that ‘beginner’s feeling’ for a supportive milieu to set societies in a progressive direction.

Then perhaps the aspiration to prevent the worst can be replaced, before long, by commitment to the creation of the better.

This is a joint publication by Social Europe and IPS-Journal

Robert Misik is a writer and essayist living in Vienna.  His Das Große Beginnergefühl: Moderne, Zeitgeist, Revolution (Suhrkamp-Verlag) will appear in May. He publishes in many newspapers and magazines, including Die Zeit and Die Tageszeitung. Awards include the prize for economic journalism of the John Maynard Keynes Society.