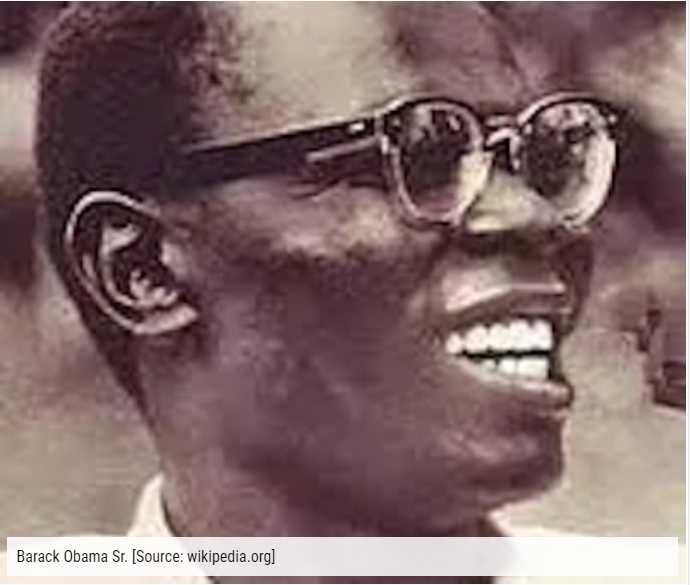 Over the last decade, the U.S. has been quietly expanding its covert intelligence empire in Africa as part of a growing geopolitical rivalry with China.

A new book published by Susan Williams, entitled White Malice: The CIA and the Covert Recolonization of Africa, reminds us that the likely consequences will be disastrous.

She focuses mostly on the ties between Ghana and the Congo roughly between 1957 and the coup in Accra in 1966, and the close relationship between early paramount leaders Kwame Nkrumah and the assassinated Patrice Lumumba; however, she manages to cover other hotspots as well.

The deep CIA penetration of Africa was evident in the Agency’s apparent recruitment of Barack Obama Sr., a protégé of Tom Mboya, an anticommunist, pro-capitalist Luo from Kenya who had served as the African representative of the International Confederation of Free Trade Unions (ICTFU), which received covert CIA funding through the AFL-CIO. The U.S. was trying to groom Mboya as a replacement for Kenya’s first Prime Minister Jomo Kenyatta, who was perceived as more left-wing. (for more details, see Gerald Horne, Mau Mau in Harlem: The U.S. and the Liberation of Kenya. New York: Palgrave McMillan, 2009). Obama was brought to the University of Hawaii in an exchange and then studied economics at Harvard, though his career floundered when Mboya was assassinated in 1969.

Williams notes that the CIA generally specialized in “assassination, overthrowing elected governments, sowing conflict between political groups and bribing politicians, trade unionists and national representatives at the UN,” all clandestine and coercive strategies that were applied in Africa. Other strategies took the form of soft power initiatives; the secret sponsorship and infiltration of educational facilities, artistic endeavors, literature and Africa-focused organizations.” [465]

“Covert action of any sort, said Frank Church, the Idaho Democrat who chaired the Senate Select Committee investigation into the abuses of the CIA, was nothing more than ‘a semantic disguise for murder, coercion, blackmail, bribery, the spreading of lies’—and worse.” [475]

Still, despite the revelations emerging from this senatorial investigation, the author reprimands the “narrow focus” of this body which “largely neglected CIA operations elsewhere in Africa,” beyond Congo. This body’s findings also “were weakened by its reliance on the testimony of CIA officials.” [506]

Still, she argues accurately that “the files released in 2017-18 under the JFK Assassination Records Collection Act contain a wealth of information that is not available elsewhere…but they are heavily redacted.” [420] Nonetheless, President Biden has postponed further releases—for the time being.

Kwame Nkrumah, first leader of independent Ghana in 1957, had studied in the U.S. “between 1935 and 1945,” principally at historically Black Lincoln University in Pennsylvania. [15]

There he became acquainted with leaders of the Left, including W.E.B. Du Bois and his spouse, Shirley Graham Du Bois, along with actor-activist Paul Robeson, whom he invited to Accra to serve as a professor by 1962.

Although the foregoing leaders played a sterling role in forging solidarity, the same cannot be said for all of the hundreds of “American Africans,” to use the descriptor applied to them. Franklin Williams, a former NAACP leader, was U.S. envoy to Ghana in 1966 when Nkrumah was overthrown and he was widely suspected of complicity. [495] Pauli Murray, a justifiable heroine of the anti-Jim Crow movement in the U.S., was considered by a leading scholar of Ghana to be “something more than an unwitting asset” of U.S. imperialism. [190]\

She manages to include Barack Obama, Sr., in this circle of iniquity (though she has him arriving in 1962 on these shores although the president was born in 1961). [206]

U.S. imperialism was quick to isolate and marginalize those, e.g., Paul Robeson, who were pro-socialist and keenly in favor of true African independence: virtually every sector of opinion not within his orbit was penetrated thoroughly. In the late 1930s he had spearheaded the formation of the Council on African Affairs but, by the mid-1950s, it had been forced into liquidation by government harassment and arising in its stead were the American Committee on Africa, the African American Institute, the American Society of African Culture—and if they are to be held to the same standard that was used to brand so-called “Communist fronts”—these groups could be well considered “CIA fronts” (despite worthwhile work especially by the ACOA).

Even the precursors of Black Power had their limitations, e.g., in 1961 when in a still startling episode captured on film, writer Maya Angelou and others entered the United Nations building in Manhattan to engage in a stormy protest against U.S. complicity in the assassination of Patrice Lumumba of the Congo. So far, so militant.

However, they chose to bar Robeson’s closest comrade, Communist Party USA leader Ben Davis, on anti-communist grounds—unmentioned by the author—though it was the latter’s comrades worldwide who were seeking to preserve Congolese sovereignty and Lumumba’s life both, which these New Yorkers—whatever their good intentions—were incapable of achieving. [398-399]

Still, since the author writes definitively that “it has been established that President Eisenhower authorized the assassination of Lumumba,” these protesters’ anger was well-justified. [511]

This Pan-Africanism was bilateral: Amilcar Cabral, founding father of Guinea Bissau who was assassinated in a dastardly fashion in 1973, spoke movingly of the dire plight of African-Americans, especially after the August 1965 revolt in Los Angeles, an anguished cry against police terror. “We are with the blacks of the United States of America,” he declaimed, “we are with them in the streets of Los Angeles and when they are deprived of all possibility of life, we suffer with them.” [500]

Of course, these “American Africans” were bit players compared to the U.S. elite hungry for Ghana’s diamonds and Congo’s uranium, so necessary for atomic bombs. Maurice Tempelsman, long-time consort to Jacqueline B. Kennedy, widow of the slain president, was pivotal here. [90-94]

Then there were the labor leaders tied to the AFL-“CIA,” e.g., Irving Brown and Jay Lovestone, whose deviltry continues to boggle the imagination. [76]

Invoking the premier U.S. scholar of Angola, the late John Marcum, who “was supported financially by the CIA,” Williams demonstrates [458] how she often soars beyond the Ghana-Congo tie.

This southwest African nation was instrumental in regional and continental politics when, upon independence in 1975, the regime invited Cuban troops there to vouchsafe sovereignty in the face of a militarized intervention by apartheid South Africa, aided by the CIA. They stayed on until the late 1980s and guaranteed freedom for Namibia by 1990 and South Africa itself by 1994.

Why was U.S. imperialism so bent on foiling African self-determination? Part of it was gaining a stranglehold on the continent’s vast resources: diamonds, uranium, the gold of South Africa, the oil of Angola, etc. Part of it was guaranteeing cheap labor particularly in industrialized South Africa for U.S. automobile manufacturers and tire plants among others. And part of it was disrupting an African Left that was seen as much too close to Moscow and its allies.

Tragically, we may never know the full extent of the skullduggery to which the CIA resorted in order to accomplish its devilish goals. Robeson’s son suspects his father was subjected to “the MKUltra ‘mind depatterning technique,’” involving drugs—but “records related to MKUltra were destroyed in 1973,” says the author. [486]

Nevertheless, the author merits our heartfelt thanks for her indefatigable labor that has rescued a history that needs to be better known and will be instrumental in the final defeat of U.S. imperialism on the beleaguered continent.

Dr. Gerald Horne holds the John J. and Rebecca Moores Chair of History and African American Studies at the University of Houston. His research has addressed issues of racism in a variety of relations involving labor, politics, civil rights, international relations and war. Dr. Horne has also written extensively about the film industry. His latest book is The Counter-Revolution of 1776: Slave Resistance and the Origins of the United States of America. Dr. Horne received his Ph.D. in history from Columbia University and his J.D. from the University of California, Berkeley and his B.A. from Princeton University.